Lisa is 27 years old and grew up in southern Germany. She is living in Berlin, studying to become an actor. 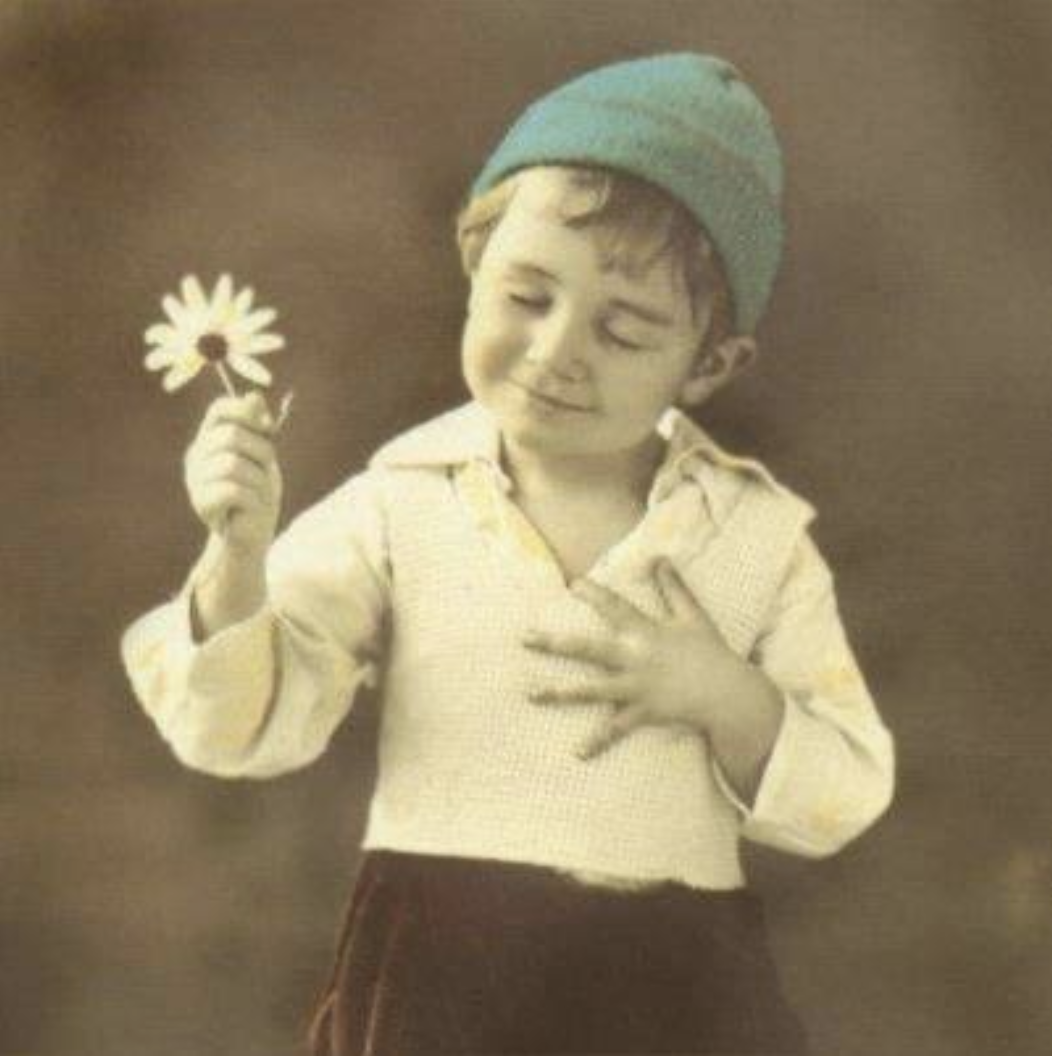 What hurts most is that I knew it from the beginning, when I slept with Jamir without protection. I knew it was risky. More, it was wrong. But it was as if a part of my brain was not working. I was in love, or fleeing from my life and responsibilities, or both.

It went super fast. We got to know each other the summer I turned 27. It was that classic story: we met at a summer camp. I was sitting outside with some friends when Jamir came over and started playing the guitar. We sang and danced in the sunset.

I had this idea in my head that I needed to find love right away. I told myself I had waited long enough. From the first time I met Jamir, I felt he was hard to trust, and dangerous, but I told myself that I could make it work.

The truth was Jamir was addicted to drugs. I thought I could change him.

I was always against drugs, as I had one bad experience with it myself and I had some friends that lost their minds from it. But I was in a helping frame of mind:  that summer, I had organized a non-profit event on my own, and I felt like I could change the world.

Some days later, we were in his car driving to Switzerland, and I was so ready for an adventure. But then the car broke down and we had to call for help. These were the kinds of situations Jamir got me into. He would tell me his eyes were very bad but he wouldn’t wear glasses for driving. He would tell me he used heroin, LSD, marijuana, and many more drugs, “but I’m not addicted, I have it all under control,” he would say.

After some weeks of knowing each other Jamir started calling me at all hours, and writing me, and telling me he had taken drugs again although he had promised not to.  I was annoyed but I was happy someone finally saw me, needed me.

But the nice and deep talks we had became more rare, and he started blaming me, saying that I was fat, or that I had looked prettier when he first got to know me. That I was weird, that my behavior was sick. I started believing him more than myself. I felt smaller and smaller, uglier and more helpless. And more and more, I felt like I needed him and his guidance.

That was the day we first had sex without a condom. I had done that in the past when I trusted my man to hold back the ejaculation. I also trusted Jamir after he told me he could, but he did not. Afterwards he just said, “It’s the drugs, they make me not be able to hold it.” I asked him to go to the pharmacy to buy the morning after pill. What he answered should have made me skeptical, but at that time it did not. He said what he always said when I had doubts about something: “No, don’t worry, Lisa,” and so I did not worry. I went on trusting him.

The second time, some days later, we had another night without protection. Jamir ejaculated in me even though we had talked before about him not doing so under any circumstances. But we were camping in the middle of nowhere for the whole week, with no pharmacy or anything else around. As I had become really good at ignoring things, I just ignored once again that this was an emergency, that I could be pregnant. Also, I told myself, I was so busy that there simply was no time to act.

One day after coming home from camping I drove to see my uncle, who was in the hospital dying of blood cancer. I spent the last week of his life with him in the hospital. In spite of these huge events in my life I had started eating a lot, and felt weird, sick and heavy all the time. But my life went on without a pause. I was getting ready to go to Spain for a movement workshop that I had been looking forward to for almost a year.

A few nights before I left, I was at Jamir’s place and said to him, “I think I am pregnant. I feel so sick. I just feel it” — knowing I have a really good connection to my body. But Jamir said that I must be confused, I could not be pregnant. I felt irritated, but, desperate as I was, I believed him. Again it was easier — easier than going to the doctor to confront myself with the pregnancy, admitting the truth, cancelling the trip to Spain and losing that money and that movement experience I had waited for for so long.

But then Jamir said something that made my ears finally, thankfully listen again. “My ex-wife just had an abortion. It’s not a big deal, you just take a pill.” I started to get angry. “How can you talk about this huge decision and the whole process as such a small thing? You have no idea what that really means!”

Who was this person was in front of me? I realized I had no clue about Jamir.

I told Jamir that I needed a break to check in with myself whether this was how I wanted to live. He responded by sending me countless disrespectful and humiliating messages. When he told me he would come to my house to talk it through and make me come back to him, I got scared. As I realized my words had no power, I deleted and blocked Jamir from my phone and all my social media. I stopped all contact with him from that day on.

My first night back in Berlin, I immediately took a pregnancy test. When I saw the two red lines I was shocked: I was pregnant. It felt like a black wall going down in front of me.

I knew right away that I did not want the baby to be born. Not with this father, not in my current life state with no money and in acting school. So I went on the internet and tried to figure out what to do, how to take the first steps towards getting an abortion, but couldn’t find much information. The next morning I called a gynecologist and made an appointment. When I walked into the gynecologist’s office, there were baby pictures everywhere and I felt more sick, blamed, shameful and wrong.

The doctor was polite. But when I asked for the sonographic picture of the baby, he told me I could not have it because if the police found me dead under a bridge with that picture he would be blamed for my suicide, and as he did not know me he could not know what kind of person I am.

When I went home I felt ashamed, alone and helpless, not knowing if what I was preparing to do was right. Thinking of how it would be to have this baby, what my life would look like. Getting more and more anxious about all the compromises and excuses it would cost me, and all the suffering.

Then I wrote a good friend of mine who is working to become a doctor, and he gave me the number of Miriam. She is a doctor who has devoted herself to helping women get abortions and fighting for women’s rights. Now I call her my personal angel.

We talked for many hours on the phone. I cried. And she just loved me as I was. She told me, “Lisa, you have the right to do what feels right for you. You don’t have to follow anybody else’s rules or any social conventions.” And she was in my ear when I went in for the abortion that Friday morning.

I sat in the waiting room with about ten other women, and looked at them all:  old, young, Turkish, German, blond, dark, redheaded. Some alone, some with friends, with their children even or with their husbands. I wondered, why might they not be — or feel — able to give birth to the child? I tried to see the reasons in their eyes, in their behavior, trying to understand and forgive them, and therefore myself.

All those weeks, even before I knew I was pregnant, I felt so wrong in my body, as if there was something happening I was not okay with. I was longing for the day I could once again feel as I am, alone in my body.

I started talking to the baby sometimes during the last days and saying I was sorry. So that the little thing in my belly would know this was not its fault. That under the circumstances, and being terrified of the father, I could never have this baby nor feel at peace with it. Therefore I decided to think of the baby’s soul as an angel that will come back when the time is right. And I am sure it will.

What helped me the most was finding Exhale. Watching the TED talk, and reading the stories of other women on the blog helped me so much in finding peace with my decision. That is why I thought maybe my story can also help someone.

It was a Friday in the gynecologist’s office when I started the abortion process. I sat in the chair, the abortion pills in front of me, still feeling doubtful. The very kind assistant looked at me encouragingly. I drank the water with the pills.

Back home, I was dancing my favorite Brazilian dance when I suddenly felt my underwear full. I went to the toilet, realizing the process was starting. I called two close friends and we sang and prayed until it was over. I felt released. I told nobody but Miriam and my two close friends. I would love to scream it out to the world and tell everyone my pain, and how alone and helpless I was. But I can’t.

I have to admit that before this, I never thought about abortion seriously. I experienced for the first time how deep the silence over the topic really is, and the shame that hangs like a veil over the subject of abortion, not only in society but also in my own perception.

I wish for healing, forgiveness, and for trust and love for everyone who has to go through an abortion process. I wish it for all women out there and I want to tell them: take action and empower yourself to live the life you deserve, whatever that means for you personally.  I wish that there will be many strong women who help stop the silence. This story is my contribution to it.

I feel grateful that abortion exists, so that women in a similar situation to mine do not have to live a life or a fate that we do not choose willingly.

For me, I promise to do better from now on. To be wiser.

And to remember. Always.

Because that’s all we have, right?